International Women’s Day celebrates the social, economic, cultural, and political achievements of women. Although variations on the theme have appeared periodically since 1909, it was not until the 1970s that countries in the West began to embrace the holiday. The United Nations declared 1975 as the International Women’s Year, and two years later, the United Nations General Assembly issued an invitation to member states to declare March 8 as the UN Day promoting world peace and women’s rights. Since the dawn of the 21st century, International Women’s Day has achieved greater recognition in the United States and around the world.

In 2020, International Women’s Day will bookend the Women in Construction Week that began on March 1. Under the aegis of the National Association of Women in Construction, WIC Week raises awareness of the increasing role of women in the construction industry and the opportunities available to them. The week is also celebrated by NAWIC chapters as a time of giving back to their communities through a variety of community service projects.

International Women’s Day and WIC Week have special significance for the team members at Affordable Striping & Sealing, a company founded and owned by a woman. When Shonda Decker launched Affordable Striping & Sealing in 2006, it was still rare for a woman to establish or even be actively involved in a company offering pavement-related services. The success of the company is a tribute to Shonda’s work ethic, integrity, and intelligence.

Shonda approaches each proposal by first listening to what the customer wants and needs. What are their short-term and long-term plans for their pavements? Are they planning a grand opening or other event that will impact scheduling? How much disruption to their operations can they support? However, Shonda also asks herself what she would do if she owned the property. By placing herself in the property owner’s position, she gains a better insight into what is truly best for the client.

To those who know Shonda, this approach is not unexpected. She places a high value on people and possesses remarkable empathy. Customers, employees, suppliers, and the people in her community matter a great deal to Shonda. She is a strong believer in the concepts of honesty, fairness, and transparency. She looks out for the best interests of her customers and the safety of her employees, is forthright in her dealings with vendors, and gives back to her community without fanfare. When her community service and business workloads allow, you can find Shonda hiking, traveling, or spending time with her three daughters.

Affordable Striping & Sealing is a registered small business enterprise and disadvantaged business enterprise with the Nevada Department of Transportation. Shonda is a member of numerous professional and civic organizations, including Vistage, IREM, the Nevada State Apartment Association, CREW, CAI, the National Association of Industrial and Office Properties, and the Nevada Professional Facility Managers Association. An upcoming project at Raiders Stadium will put the high quality of the company’s work on prominent display.

If you need exceptional work at affordable rates, contact us for a free quote. We offer a variety of parking lot maintenance services, including striping and pavement marking, traffic signs, layout and design, and bumper blocks. We also offer asphalt sealcoating, road markings, and asphalt crack repair. You can reach us by phone at 702-222-9009 or by submitting the online quote request. 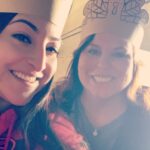 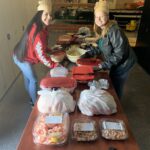 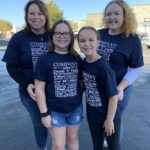 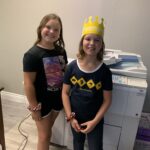 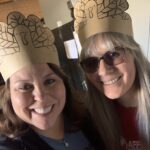 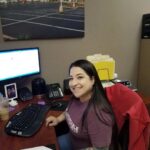 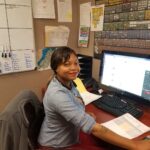 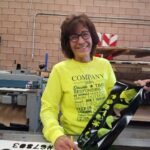 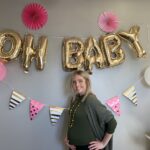